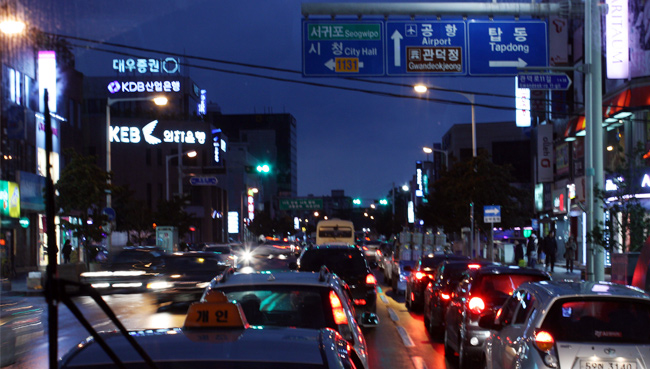 Prof. Wierzbicki presented the paper “Blended Nurture” at the FGIT 2011 conference , within the EL 2011 track.

Korea’s subtropical volcanic island Jeju is located 130 kilometres off the southern coast of the Korean Peninsula. It is known for its scenic mountains, waterfalls, forests, caves and beaches. In 2002, Unesco declared Jeju a “biosphere reserve”, and listed it as a World Natural Heritage Site in 2007. In 2010, it was awarded “geopark” status. 2011 Jeju Island was named one of the World New Seven Wonders of Nature, an initiative led by the Swiss-based non-profit New7wonders Foundation.